Glendale, Arizona –The Place for Good Times with Great Friends 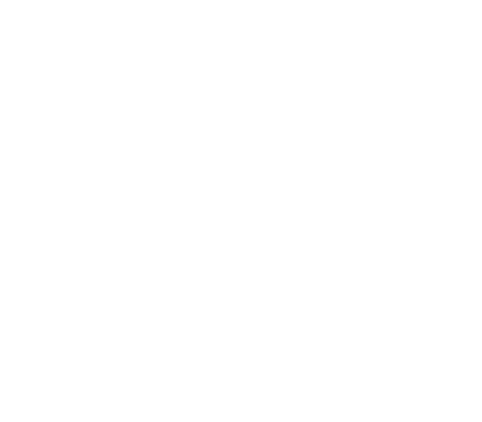 I’d been looking forward to getting together with the crew from high school for months. We’d all grown up in Glendale, but we hadn’t visited home at the same time since leaving for college. Katie had moved back to Glendale after graduating from NAU in Flagstaff, and we were all excited to experience our hometown together again.

We met at the Staybridge Suites, where Katie had booked us a couple of rooms.  The weather was incredible, and the pool was inviting. It was almost long enough to be a lazy river, with plenty of deck space to lounge around in the sun. Our rooms were perfect. They had space to stretch out, and they overlooked the pool and hot tub. In addition to being clean, comfortable and convenient, Staybridge Suites was within walking distance of the Gila River Arena, where we had tickets for a concert the next night.

The girls checked in to their room, and Conrad and I checked in to ours. We decided to kick off our trip with a hike at Thunderbird Conservation Park. The view of the valley as we crested the last hill was amazing and made for the perfect group photo. We all posted it, in a contest to see who could get the most likes. The Valley spread out below us, interspersed with hills, mountains and urban centers. I missed being able to go from the perks of city life—craft beer, innovative food—to unspoiled nature within minutes. It was one of the things I’d taken for granted growing up in Glendale, and I knew now how lucky I’d been.

“I missed being able to go from the perks of city life—craft beer, innovative food—to unspoiled nature within minutes.”

Back at the hotel, it didn’t take long for us to realize we were in need of some serious food and cold beers. We hopped on the hotel’s free shuttle to Westgate Entertainment District, which, Katie insisted, was the best thing to happen to Glendale since we’d left.

She was right. Our first stop was State 48 Funk House Brewery. We could hardly make it past the appetizers—salted Bavarian pretzels, grilled corn on the cob with cilantro-lime aioli, Brussels sprouts with apple-wood smoked bacon—it was a good thing there were four of us so we could try some of everything.

We didn’t stop at apps, of course. We also got a round of burgers for the table. I went for the State 48 Burger which, in addition to aged cheddar, included crispy beer-battered pickles and IPA glazed bacon. I never would have thought to glaze bacon in beer, but the combination of flavors was outstanding. 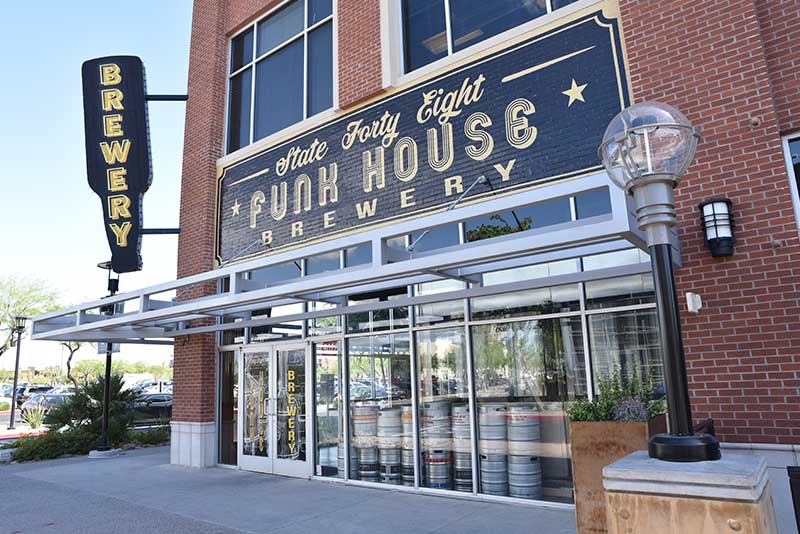 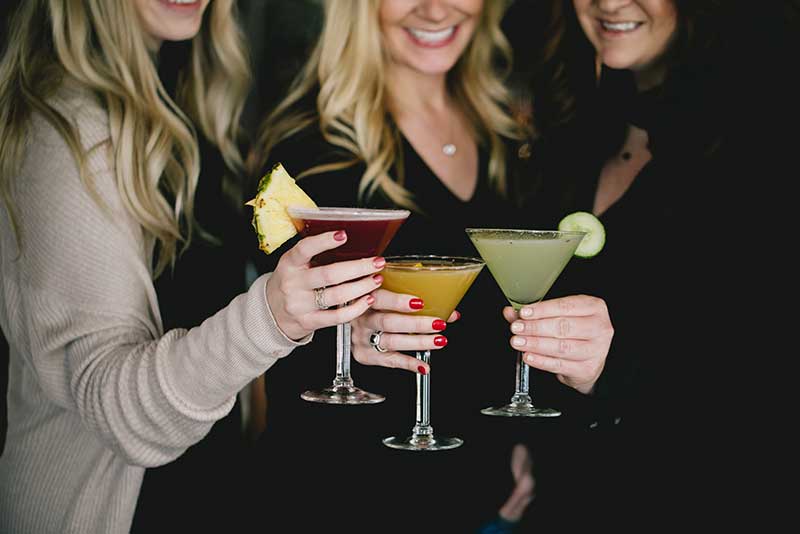 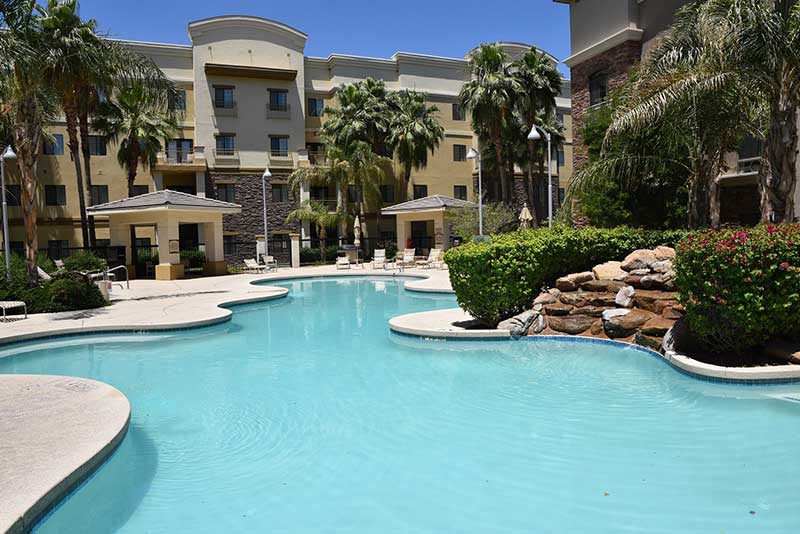 Speaking of beer, State 48’s offerings were extensive. It was early afternoon and we had just been soaking up the sun, so we all went for lighter options. Katie and I got the Copper Star Kolsch, Emily went for the Lost Dutchman Golden Ale, and Conrad, who prefers wheat beer, got the Hefeweizen. We were all impressed with the selection and loved the vibe of State 48 Funk House Brewery.

After lunch, we returned to the hotel and jumped in the pool. We splashed around like kids and gathered at the awesome waterfall feature to swap stories from the last few years. After swimming, everyone stretched out on deck chairs to soak up some more sun.

“I never would have thought to glaze bacon in beer, but the combination of flavors was outstanding.”

Much refreshed, we went to Topgolf, where we ordered their killer Mango Habanero Wings. Sweet, tangy, spicy and crispy, they paired perfectly with our cold beers.  I’d been to Topgolf before, and the food was always good, but the one in Glendale, Arizona with its 24’x18’ video wall behind the bar, had the best vibe of any I’d been to. A bucket of beers on ice, great music pulsating through the speakers and a few rounds at Topgolf with my oldest friends made for a perfect night. Conrad, who had started working as a consultant in San Diego, had clearly been working on his swing. While he gave us some pointers, we had fun giving him a hard time, but mostly we enjoyed cracking jokes and hanging out together.

After a night out with my friends, I was looking forward to sleeping in—at least a little. However, Katie and Emily had other plans. They wanted to scope out Tanger Outlets for some good buys, and came knocking on our door well before noon. I relented and stumbled into my clothes. I had to shake Conrad who had, apparently, maintained his high school talent of being able to sleep through anything.

It was a little early for me, but, on the bright side, we were up in time for the complimentary breakfast. Fresh, hot coffee and a bagel set me up right. But there were plenty of options, like fruit and yogurt, for the more health-conscious. 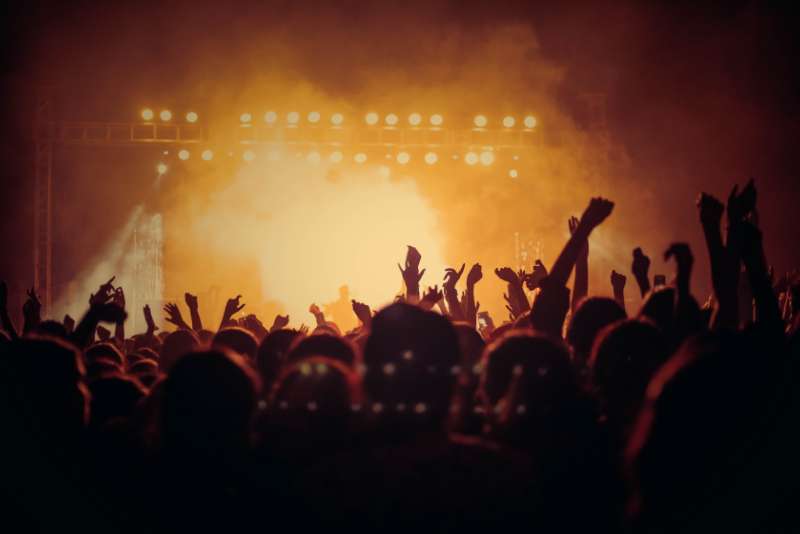 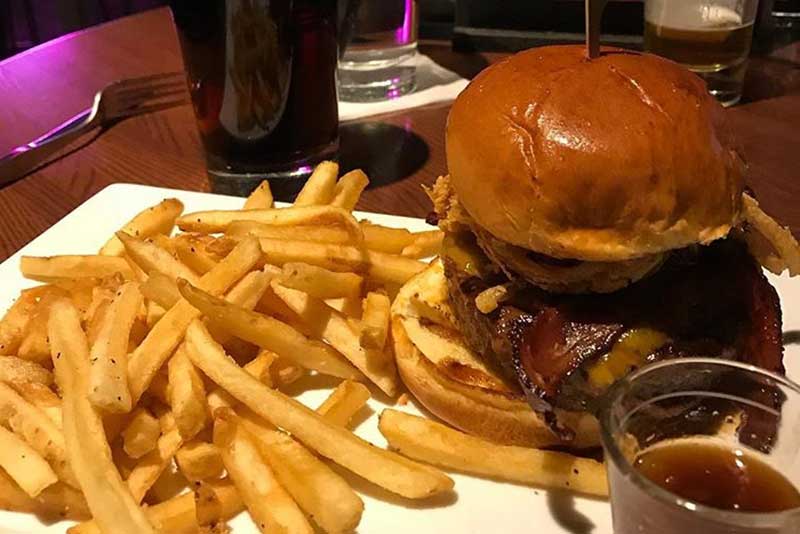 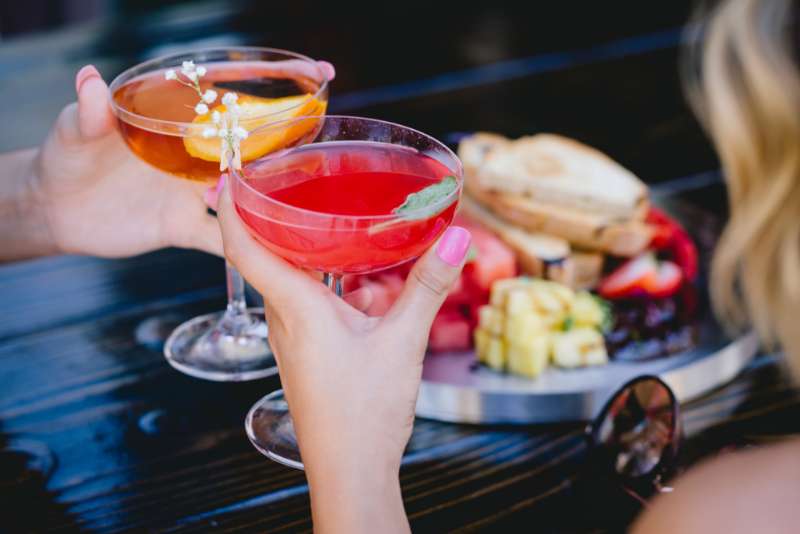 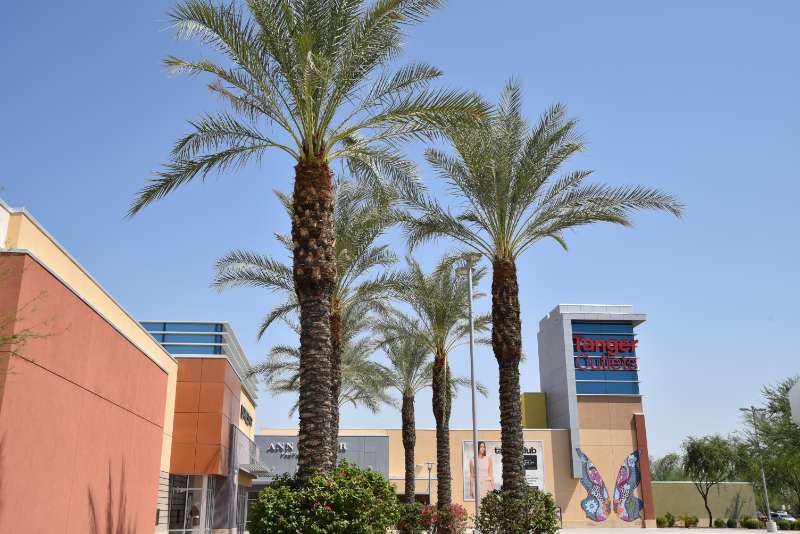 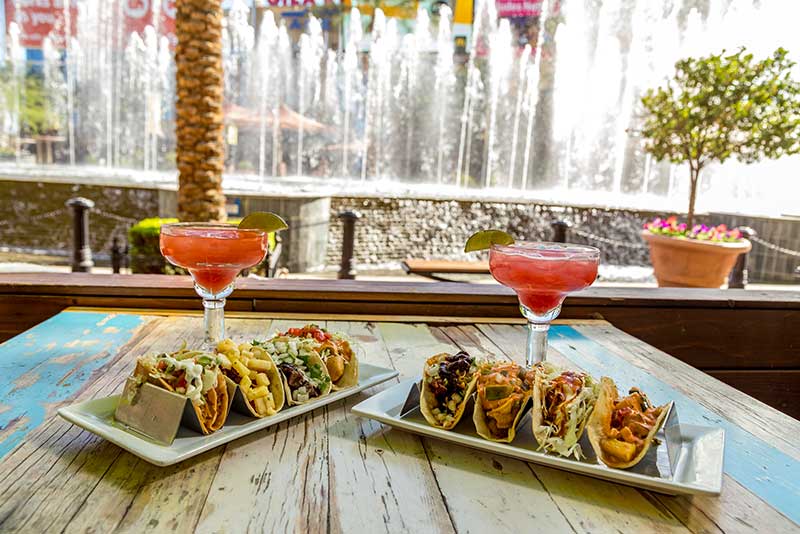 I’m not generally a fan of shopping, but I’m a sucker for a good deal, so the Nike store at Tanger Outlets was definitely worth a stop. After dropping our purchases back at the hotel and squeezing in a little more pool time, we walked over to Bar Louie at Westgate. We arrived during happy hour, and ordered a round of half price apps for the table. The Loaded Tots, a twist of tater tots and nachos with savory toppings of bacon, fresh jalapeños, queso fresco and scallions, was a delicious choice. We all sampled a few of their signature martinis. My favorite was The Clover. Featuring Maker’s Mark, Courvoisier, agave nectar, lemon and orange, it tasted like an Old Fashioned but better. Emily ordered my second-favorite—the Main Squeeze, a sweet and refreshing blend of blood orange vodka, Aperol, an Italian aperitif, with Monin vanilla and fresh lemon. For the main meal, the Spiked Bulleit® Bourbon Burger caught my eye. Cheddar cheese, cream cheese, applewood smoked bacon, crispy onions—it was already mouthwatering. But the finishing touch was the house-made barbeque sauce spiked with Bulleit® Bourbon, making for an incredible adults-only burger. It was the perfect way to kick off the big night, and we heard that their menu changed often, so we knew we’d return soon. Back to our old banter, we got so caught up in conversation that we were almost late for the concert. Luckily, Gila River Arena was about a two-minute walk from the restaurant.

“I’m so excited the tour came to Glendale!” Conrad said.

I hadn’t been to the arena in years. Last time I was there, it was for an Arizona Coyotes Hockey game. The arena had been transformed into an amazing concert venue with epic lighting, stacks of speakers and a huge stage.

The show was incredible, and we were too pumped afterwards to go back to the hotel. The arena is within Westgate so we had our pick of nightlife options. Emily had been mixing cocktails at a hip LA bar for the last couple of years, and she wanted to see what Glendale’s scene was all about. We started out with a round of signature drinks at The Lola. Katie and I both went for the Maldives Mule with jalapeño vodka, ginger liqueur, pineapple and cilantro. It felt both familiar and exotic. Everything we tried hit the mark for craft cocktails. Emily even jotted down a couple of notes to take back with her. From there, we checked out Yard House and then headed over to Salt Tacos y Tequila , a hip club that draws in crowds with world class DJs. EDM beats had us dancing late into the night.  As we left the club, the Bellagio-inspired fountains nearby at the center of Westgate made the perfect backdrop for some group photos. We finally agreed to call it a night and headed back to Staybridge Suites to rest for the next day’s activities.

We didn’t wake up quite as early as we’d planned, so it was fortunate that Katie had booked an early afternoon tee time at The Legend at Arrowhead. I stopped counting my strokes after driving into the rough on the third hole and then bouncing my ball off a tree into a water feature. Conrad may have been out there testing the limits of his form, but I was happy just to be hanging out under a clear blue sky on the lush, green, rolling fairways with my best friends.

After golfing, we decided to stop and try our luck at Desert Diamond Casino. We stayed long enough for Emily to win big on one of the many slot machines. “Lunch is on me!” She said, waving her winnings in the air.

We made our way to Dubina Brewing Co., Katie’s favorite Glendale brewery. In addition to Arizona’s own Schreiner’s brats, served on pretzel rolls, and a plate of nachos for the table, we ordered flights of beer. Five five-ounce pours for ten dollars seemed too good to be true, but there they were. Emily was usually a lager fan, but after sipping the Scotch ale with its toasted caramel and whiskey notes, she proclaimed that she’d be drinking only Scotch ales from now on. I was partial to the American IPA, a crisp brew that soothed the pain of watching my Sun Devils get crushed by USC.

We left the brewery just in time to catch an early evening game at State Farm Stadium. We were looking forward to the game, and when we arrived the crowd’s excitement was contagious and it pumped us up even more. Emily and Katie were cheering before we even found our section. As we settled into our seats, the classic Arizona sunset casting a golden glow over us all, I felt a pride in my hometown that I’d never quite experienced before. I knew that I’d be making more frequent trips back to Glendale, not just to visit family and old friends, but to bring new friends, have new experiences, and make new memories.