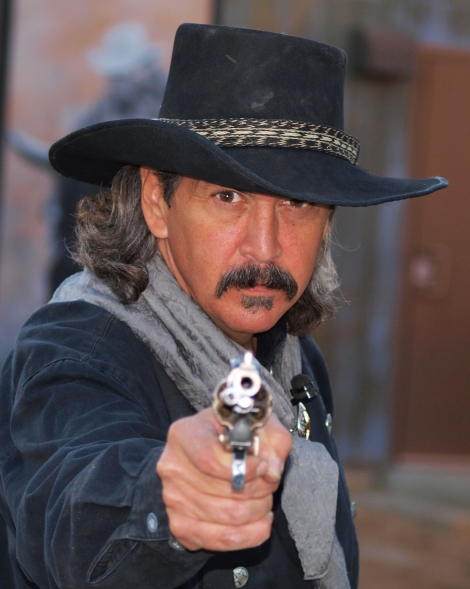 Your Wild West Show is coming to Buckeye Days Celebration in January 24th and 25th. Dr. Buck Productions is a sensation here in the West Valley, Arizona. It has yielded ongoing Wild West Festivals, Shoot Out Competitions in Old Tucson and Murder Mysteries to name a few. Did you ever expect it to be this popular? Actually, Yes! Being that Arizona is one, if not the first location that we think of when we envision the Wild West or where Western Movies are filmed, so the folks who live and visit here from all around the world, expect this part of America’s Western Heritage to be offered up, and that’s exactly what my award winning cast of Wild West performers do!

To what do you attribute the success of the Wild West Shows? Definitely the caliber of my performers you’ll see at my shows… several are World Champions in the Wild West Arts, such as Trick Roping, Six Gun Spinning, Bull-Whip Cracking and Trick Horse Riding! Plus the fact that it is good old family fun entertainment, the likes of which, some have never seen!

Typically, when you are doing a Wild West Show like the one coming to Buckeye, how do you prepare the performers for the event? Each event venue is always a bit different, so we create performances to meet the location. Plus, we always like to offer up a little something new from what they may have seen previously… but always with plenty of audience participation! 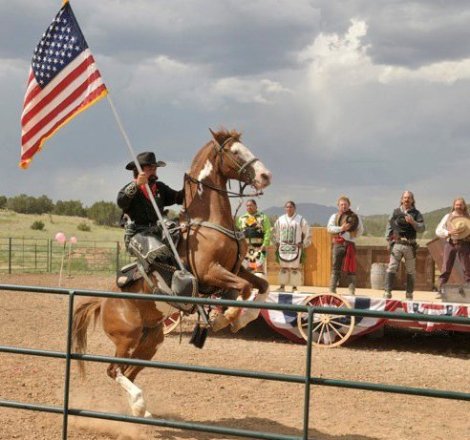 How do you structure your Wild West Festival for maximum suspense? Our audiences are always telling us, “We didn’t expect that!”, because honestly, we very often change up a Stunt Show or other performance at the last minute, to get that audience reaction. Plus, with our audience participation, guests never know if they will be in the show, and not just watching it! 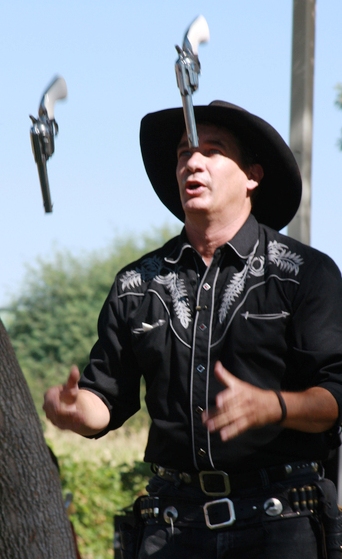 How did you become involved in doing stunts and trick roping? Stunt work began at Disney Studios when I was a “Starving Animator” in need of extra $… and here, almost 40 years later, having worked with Clint Eastwood, Tom Selleck, Willie Nelson, Ben Johnson and several others, I’m still taking punches, kicks and falls! Things like Gun Spinning & Trick Roping, I prefer to leave that to the folks like Johnny Hotshot… and they leave the stunts to me!

Which western movies inspire you the most? Who is your favorite Hollywood western character? Actually some of the lesser known ones like, “Once Upon A Time In The West”, “The Sacketts”, “Barbarosa” and the “Long Riders” (ok, and not because I was in the last three) Favorite Character… any actor that played a believable Outlaw!…which was usually those valuable character actors, not the big name stars!

What is your take on downtown Buckeye being a back drop for the upcoming Wild West Festival and Rodeo? Forget the big covered stadium Rodeos and the Rhinestone Cowboy shows! This is true Wild West & Rodeo Americana, the way it was meant to be displayed and enjoyed! My Wild West cast is proud to be a “New” addition to Buckeye Days 2014…and honored to be a part of an event that Singing Cowboy Gene Autry attended a time or two!